Nathan Paddison paints his experiences looking through the eyes of someone he’s become but still using the experiences of his troubled past using colours and gestures to represent emotions. Words also play a big part of his journey, they become a form of abstraction in the way he uses them and have meanings beyond the way they are read.

“This body of work is all about Australia from our unique fauna to our unofficial icon Ned Kelly. The clothing on the animals is also to somewhat humanise the animals to give the viewer a more personal and caring view so as to not just look at them as animals but also as individuals with personalities and feelings.” ~ Nathan Paddison

Working fast and with a lot of energy, sometimes aggressively sometimes playfully, each artwork builds up layers to tell their own story and build their own personality. Although the end result shows barely any of the journey it gives the painting its soul.

Human-animal relations in an Australian context are explored in figurative painting and ceramic figures in this collaborative exhibition. The artists create Beings born of the interconnection between human, animal, and earth. They suggest some alternative modes of being-with-the-world. Taking the relationship between human and animals as a starting point, the collaborative work focuses on the intimate, but often troublesome connection between the human –Anthropos—, animals and the earth. Humans mine the earth, ‘cultivate’ its soil, harvest its produce, extract its water, and fill it with waste.

The body of work question the notion that the earth pertains to humans, as is promulgated by several western traditions. The interconnection between human, animal and earth and the acknowledgement that the actions of humans affect the earth, the lives of animals and vice versa, is fundamental to many indigenous traditions. The recent NSW drought is a starting point for exploring this dialectic relationship between human, beast/ animal and earth in an installation that combines ceramics with paintings.

The combination of painting and ceramic works highlights the anthropomorphism of the catastrophic NSW drought (paintings), and of human-animal relations in general (sculptures and vessels). 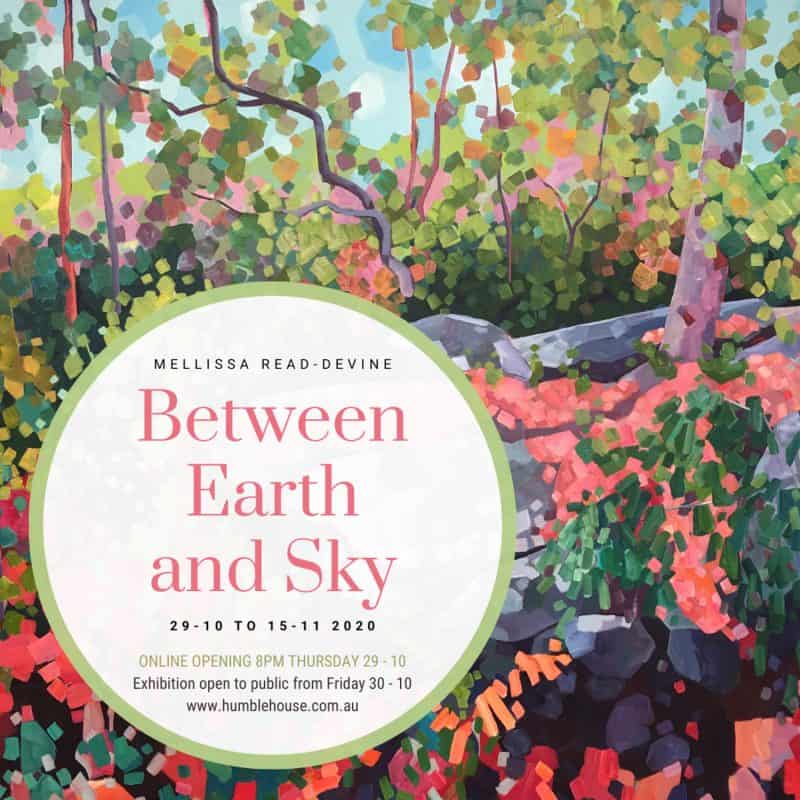 Between Earth and Sky

Over the years I have come to care very much for Australia’s green spaces, fauna and flora. I often immerse myself in the bush and spend a lot of time in observation and appreciation before I create a painting.

I believe we are all called to be stewards of the natural world that surround our homes and cities; to protect and treasure what could easily be lost.

I invite the viewer to see the Australian bush through a vibrant and optimistic vision of colour and light.

Listen to Mellissa speak about her works at her Artist Talk. 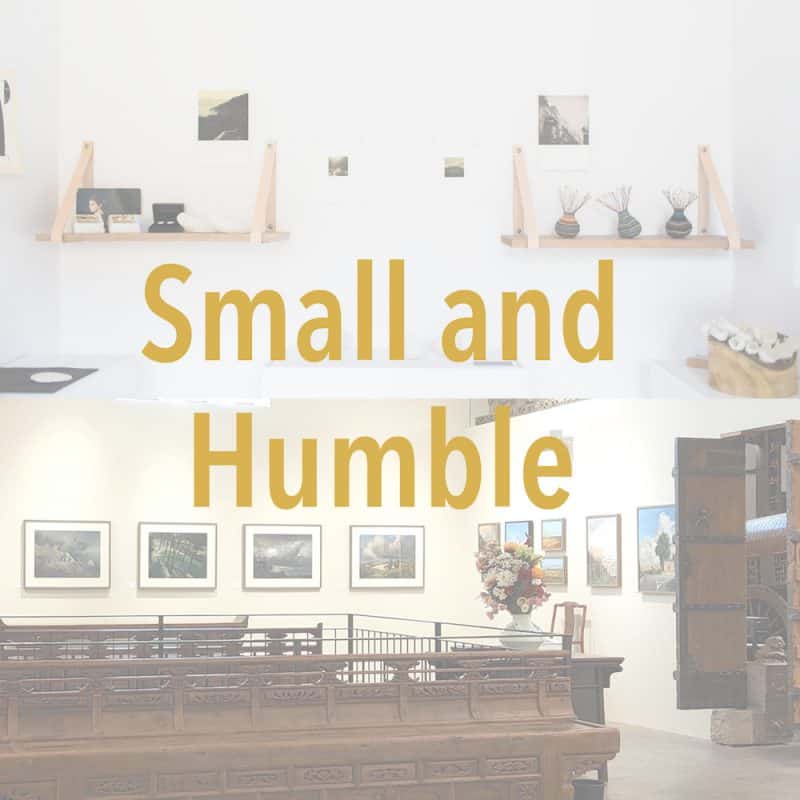 Gallery of Small Things (GOST) exhibits with Humble House gallery, in a special collaboration bringing together contemporary art in a traditional Chinese setting.

Nine Artists from GOST were invited to create new works and showcase them in our large dedicated gallery space. Read our RISE Canberra feature. 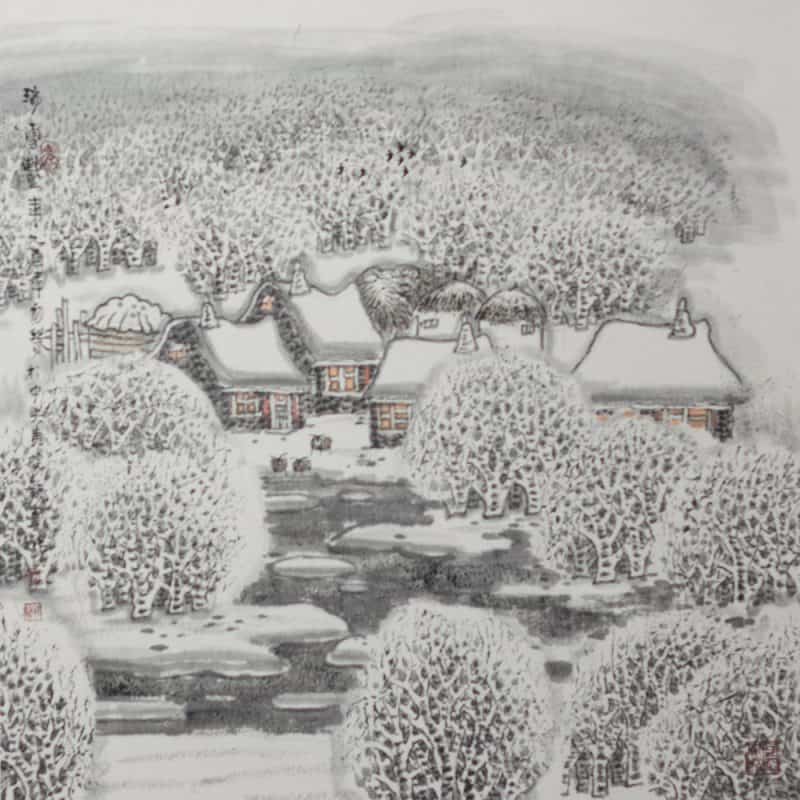 This exhibition features the work of our Chinese artists. Li Xinsheng is well known for his evocative ink and watercolour paintings of China’s northern landscapes. Cheng Yu’s figurative works skilfully executed with oil and palette knife has seen his reputation grow in his homeland China.

Juxtaposing the art are traditional carved panels. Lattice panels of individually crafted and joined pieces combine with fine detailed carving. For this exhibition we have included unique and very rare house feature carvings. These are important elements of the traditional Chinese house and contribute to the unmistakable character of Chinese architecture. 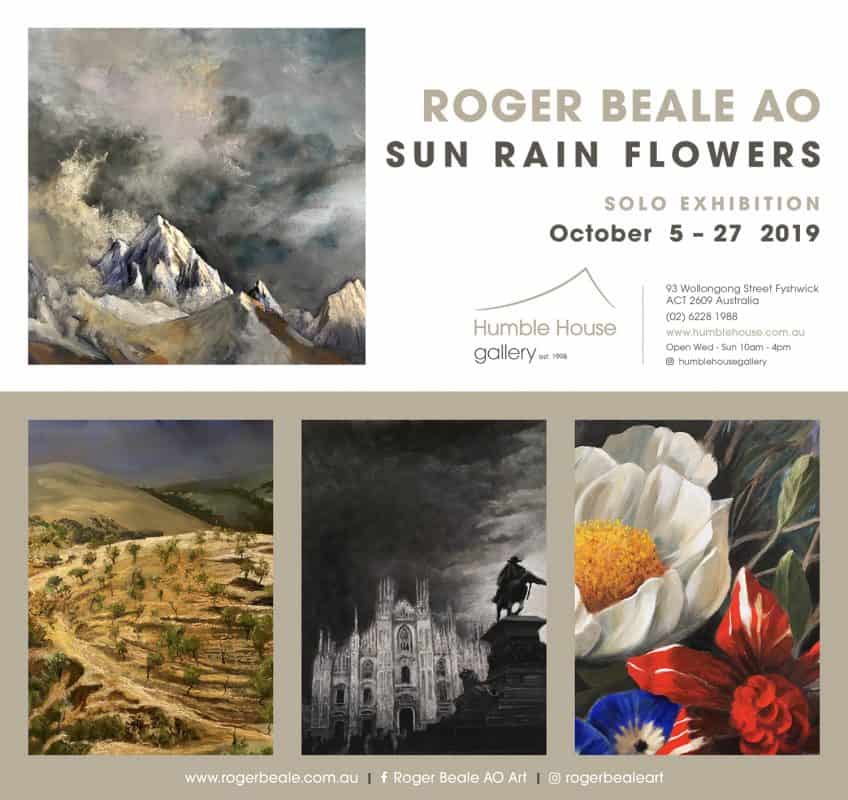 I am a painter of life around me. That means cities, landscapes and people. The sublime glimpsed from ordinary places is important to me. But I am also interested in ideas and the history of Western art and architecture – these too find a place in my works.

I have travelled extensively for business and pleasure and a sketchbook is always close at hand. I have been privileged to meet many of Australia and the world’s political leaders, scientists and policy advisers.

Sorry, no pages was found