Mrs Macquarie’s Chair is a Sydney landmark. The chair was carved out of a sandstone rock ledge by convicts in 1810. Specially commissioned by Governor Macquarie for his wife Elizabeth who was known to love the area this is one of the best vantage points to view the sights of Sydney Harbour. 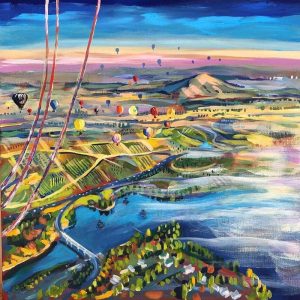 Mountain Sketch No. 2 by Kathleen Rhee 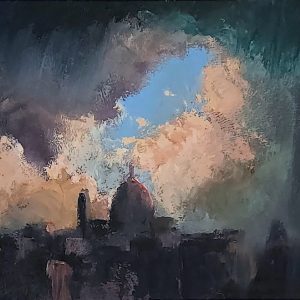 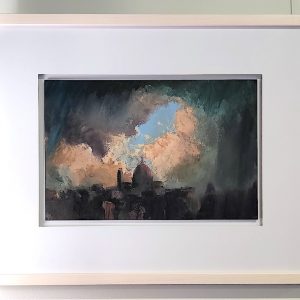