The ancestor to the Chinese bench is the stool. The first evidence of the seat in China is an engraving of a stool on a bronze vessel dated to the Eastern Zhou period (770B.C. – 221B.C.). However, it is not until the 2nd century A.D. that the first written record of the seat appears. This was of a folding stool and was clearly a symbol of high status in a society that conducted most activities seated on mats.

Benches developed later than stools. By the Song dynasty (960A.D. – 1279A.D.) they were used in the home and commercial establishments such as restaurants. Combined with the dining table, the bench allowed guests and family members to come together for dining and entertainment.

The bench is an indispensable item around the house. They are a seat as well as an item to display objects such as flower arrangements and porcelain. More rustic pieces found use as sawhorses or as seating for guards at the front entrance of the house.

Making a bench was part of the rite of passage from apprentice to cabinetmaker. Young cabinetmakers had to make a piece that was solid, balanced in proportion and aesthetically pleasing before considered an accomplished cabinetmaker. 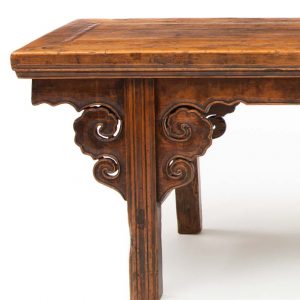 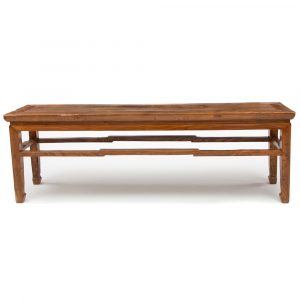 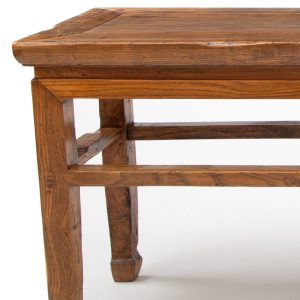 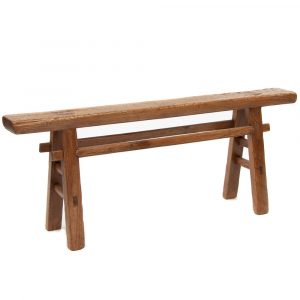 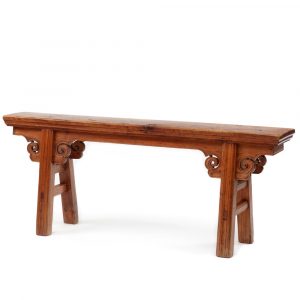 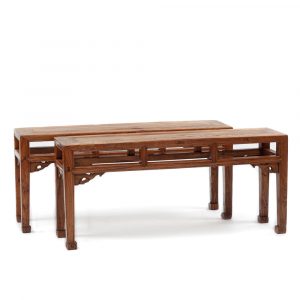 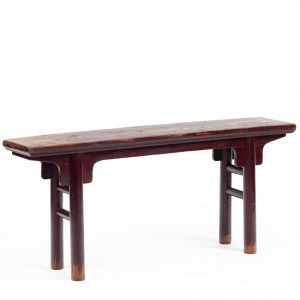